Our family has been growing food here since 1911!

Meet the 4th Generation Farmers Our HistoryThe Farmers
The following article was published by the Evening Sun on 8/16/2011. It is used here by permission.

The large, green display "100 years" hanging next to the road as you crest a hill on the Abbottstown Pike is one of the few things Nunda Fruit Farms is doing to call attention to the 100th anniversary of the business this year.

The family-owned orchard doesn't usually make a big deal of itself. The owners and workers, mostly extended family members, plan to continue to operate in the modest, friendly way they have for a century now. Why tamper with success?

But some things have changed since John Lucabaugh founded Nunda Fruit Farms in 1911. The business grows more peaches than apples now, fruit is sold to wholesalers in Lancaster County twice a week, and retail items are sold locally from an airy store and adjacent cold-storage facility instead of John and Harriet Lucabaugh's front porch.

"He had this vision of a fruit business," Nevin Lucabaugh said about his grandfather. "It was a new venture for him. It was very profitable, very popular here."

John and Harriet named their farm after an Iroquois Indian word meaning "on top of a hill" and began clearing the land and planting fruit trees shortly after purchasing the property amid the rolling landscape north of Hanover.

Their son Stuart diversified the farm business, adding a dairy herd and beef cattle, and actively selling a host of fruits and vegetables.

When they were small, Nevin and his four brothers and sisters were put to work at the fruit-growing business, learning from their parents, Stuart and Mary Lucabaugh, how to care for trees and customers.

"This has been my life since birth. I remember clerking when I was 10 or 12 years old," said Nevin, who earned a degree in horticulture at Penn State and then returned to work full time at the orchard. "It's been my life ever since."

Nevin, who is in charge of orchard maintenance, his brother Nathan, who handles retail sales, and their brother-in-law Glenn Miller have continued the family operation, which has since eliminated the cattle and produce business.

Nevin said customer-buying patterns have changed since those early days. Back then, customers made larger purchases and fewer stops at the little farmhouse with the roadside stand.

"The trend of all this is changing. Years ago, the older community, they bought heavily and canned and froze and put stuff away. There is hardly any of that anymore," he said. "Our trade now consists of people who come and just buy a small quantity maybe several times a week."

Entering the store, customers are overwhelmed with the sweet fragrance of fresh fruit. The latest, just-off-the-tree redhaven and sunhigh peaches and ginger gold apples are lined up for sale in small, medium and large baskets. There are also nectarines and plums from the farm, and strawberries, sweet corn and vegetables brought in from other local growers and from the market in Leola, Lancaster County.

But it's the peaches and apples Nunda grows that have established its reputation. And this summer's warm, dry weather is helping produce more stellar fruit.

"It was dry, but that made the peaches more delicious than ever," said Miller, who married into the Lucabaugh family and was easily coaxed into the business. "People rave about the flavor in a dry summer."

With three ponds on the property, workers are able to water trees as needed.

"In a season like this we'd rather have it dry than wet," Nevin said. "We'd rather be able to put a little (water) on than have too much."

Timing is everything for fruit growers, he said. It's best to have several varieties of fruits that can be harvested early, middle and late into the growing season in order to have a steady supply for customers.

The popular sunhigh peaches are on the shelves now, at least when the employees can keep up with replenishing the baskets.

"They will ask for two weeks 'when will the sunhighs be in?', " Miller said. "That's the favorite."

And it won't be long before the fall varieties of apples -- gala, red and golden delicious, and Paula red -- and peaches, especially the suncrests, are harvested.

Nevin proudly shows off those varieties and others as he bounces along in his old Ford Taurus between the orderly spaced rows, pointing out the jonamacs and the Cortlands, and telling when they will be picked and what to expect from them.

Over there is a row of red delicious, which he predicts will live up to their name.
"We are very excited about them," he said.

Nevin attributes much of Nunda's success to the farm's location. The family is blessed, he said, to have a well-protected pocket of gently sloping land between Hanover and Abbottstown.

"We all know one storm for five minutes could wipe us out. It has happened countless times in the fruit industry and other industries. But we're here and we get hardly any of that," said Nevin, surveying the health of the trees. "In some places they get hail almost every year."

The orchard owners have also been fortunate in regard to stink bugs. The brown, shield-shaped insects that have ravaged some growers have left Nunda mostly unscathed.

"Even last year, when they became a national concern, we didn't have any particular problem except for these jonagold (apples), which we were told through our spray consultant that was their favorite fruit," Nevin said. "We have never been in a pocket where they have been bad."

Deer, however, are another matter. During rutting season, bucks can cause havoc with young, vulnerable trees.

Nevin shows a row of young jonagold apple trees that are smaller than the rest in that field because of damage by deer, some needing to be replaced.

"They will go up and down a row of young trees and they can rip 25 in pieces just like that," he said. "That's the worst damage that they do. We can take nibbling, but they'll rip a tree to pieces."

The work at the orchards is labor intensive, from early spring when the peach trees are pruned, through the thinning of the fruit and buds, to the by-hand harvests.

"August is the busiest of our busy months," said Nevin, who despite being "semi-retired" and limited by a hip condition still directs workers and keeps a sharp eye on operations.

"I like the outside, working close to nature and seeing the miracle of God's handiwork," said the third-generation fruit grower.

Other members of the extended family share that passion for the business. Nathan Lucabaugh worked summers and weekends at the orchard while teaching in New Oxford. He retired last year and is now full time at the farm. Miller, who married Nevin and Nathan's sister Christine, joined the business in 1986 and now handles outside sales. Miller has sons, nieces and nephews who also work in the fields and store.

"My brother-in-laws approached me about switching occupations and I've been here ever since," Miller said.

Through the years, the Lucabaughs have narrowed their products and reacted to shifting customer tastes, hence the emphasis on peaches. The farm now devotes about 50 acres to peaches and 25 acres to apples.

"When we first started, we were mostly apples," Nevin said. "Over the years the demand for each (has gone) up and down."

The family typically experiments with new varieties among the hundreds of seedlings they plant each year. Some have been popular with customers, and some not, such as the granny Smith.

"We tried selling it and it just sat there while at other places it's the number-one apple," said Nevin, whose personal favorite apple is the jonagold, a hybrid of the Jonathan and the golden delicious varieties.

The recent trend back toward buying fresh, local produce and fruit has benefited Nunda.

"More and more, people are realizing that here is flavor compared to what they're getting at the supermarket, because we can pick it tree ripe," Miller said. "They've never experienced the flavor you can get right out of the farm."

"Our business the last three years has been the best we've had," Nevin said. "We're lucky to be in the food business in this economy."

But it's Nunda's fresh, tasty peaches and apples that have earned it so many devoted customers. Some who Nevin remembers assisting as a boy at the old farmhouse still stop by.

While seeing those customers who quickly became friends is rewarding for Nevin, it's his fellow workers over the years that standout for him.

He chokes up telling of one former employee who put in countless hours a week after he broke his leg to make sure the harvesting work was done.

"Somehow we got through," Nevin said.

There is a younger generation now doing a lot of that heavy lifting and looking toward the future.

Nelson Miller, a nephew of Glenn's, came up with the idea for the "100 years" sign, has plans for a website and recently talked the owners into accepting credit cards.

"I like to market things. That's how I am," said Nelson, who is studying architecture at Harrisburg Area Community College.

"Nelson and our younger generation have this vision of expanding into other areas," Nevin said. "Not all change is for the worst. There is healthy change and that's what's helped us to get where we are." 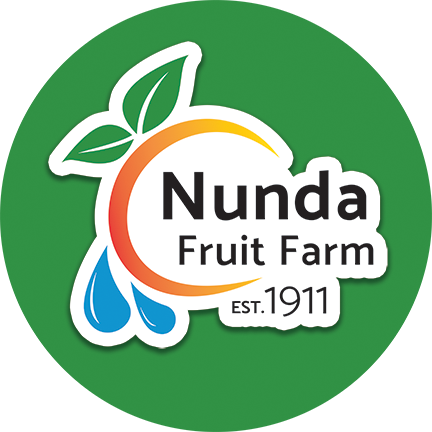 We often get asked if any jobs are available, especially for summer help. The answer is maybe! The changing seasons cause the workload to fluctuate quite a lot, but we always need some good hard workers to harvest the crops. The best way to apply is to simply give your name and number to the clerk in our fruit market and they will pass it on to the owners. Thank you! 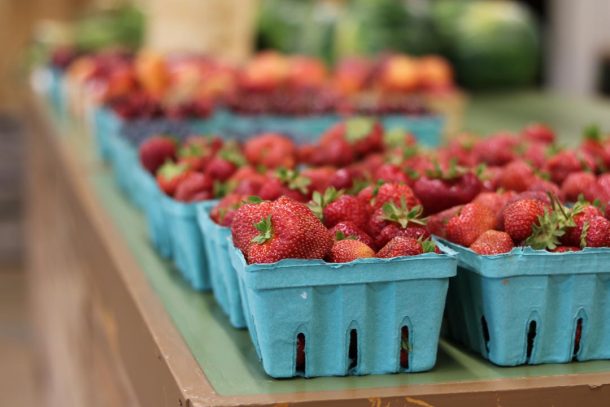 Be the first to know what comes into season!

You have Successfully Subscribed!